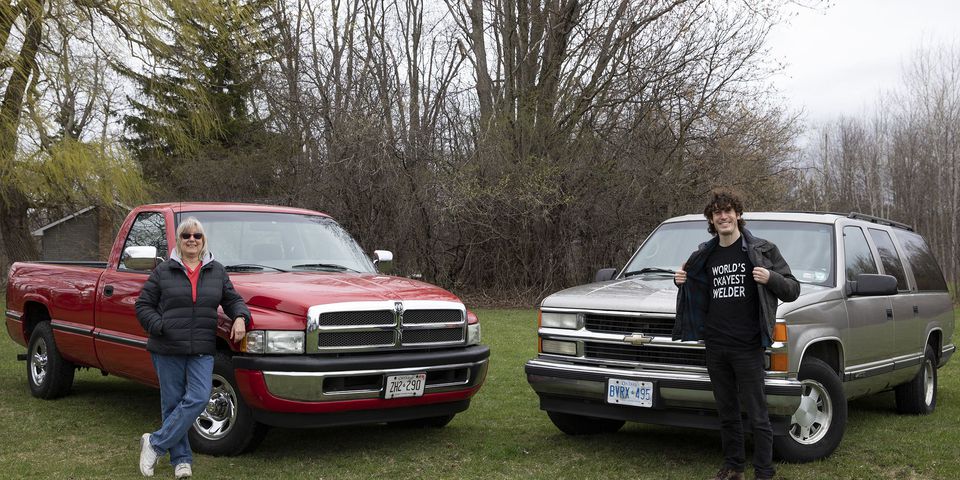 ABOVE: Jill McIntosh with her pristine 1995 Dodge Ram pickup and on the right, Clayton Seams with his restored 1999 Chevrolet Suburban.
Photo Courtesy www.Driving.ca

Two Vehicles, 20+ Years. One with Oil-Based Rust Prevention. One Without.

Two Driving.ca writers/contributors teamed up for a showdown: a 1995 Dodge Ram pickup VS a 1999 Chevrolet Suburban. Jill McIntosh shows off the value of regular applications of a rust prevention formula while Clayton Seams had no idea what Toronto winters and Ontario roads had in store for his vehicle.

Here is a quick summary:

CLAYTON SEAMS
“Six short years on Ontario roads have been harder on the truck than its previous fifteen.”